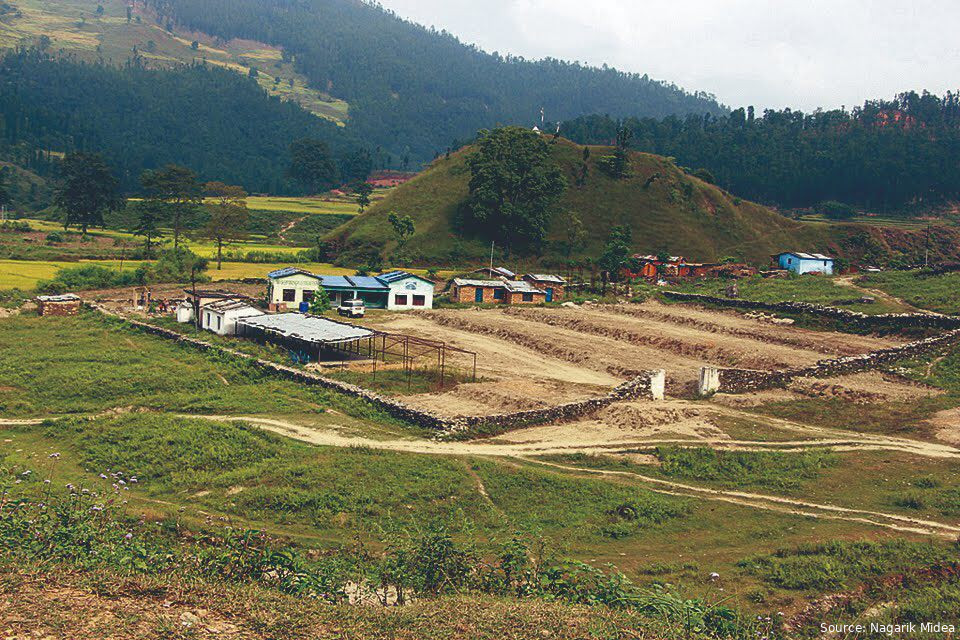 Nepal is a country known for its beautiful landscapes and natural and cultural heritages. For most of the last century, much of this has been ravaged by rampact developmental works. A new threat looms in the district of Dailekh for now.

In early 2019, the Government of Nepal signed a pact with the China Geological Survey to conduct petroleum exploration surveys in Dailekh. Since then, a feasibility study and the first phase of survey has been completed. Currently, the second phase has been put on hold due to the Corona pandemic. Once the situation is “normalized,” drilling would commence as part of the exploration.

Petroleum exploration is not new in Nepal. Over the past 30 years, multinational companies from countries like the US and Scotland, and have been sold the rights to explore for petroleum products in Nepal. However, unable to find success, most have abandoned their projects. Some even tried to interfere with exploration related laws of Nepal. Overall, the economy, ecology and people of Nepal have only been at a loss due to these expeditions.

The Chinese president made a statement in September 2020, that China will reach carbon neutrality by 2060. However by investing in fracking elsewhere, China is contributing to the global methane emissions through these other countries. Nepal, a comparatively less powerful country, is likely to suffer from these activities.

Dailekh is an ecologically diverse area in Western Nepal. Four different types of vegetation are found in the area. Majority of the population (around 98%) depend on agriculture.Petroleum extraction, especially through unconventional means (like fracking) will damage the diverse ecosystem, and the livelihoods of the majority who depend on it. Fracking has also been evidenced to cause earthquakes. Nepal lies in the faultlines between the India and Eurasian plates, making it vulnerable to earthquakes, as evidenced by the major earthquake in 2015 that left more than 8000 dead. Earthquakes will likely be followed by landslides (which the area is already vulnerable to). Oil drilling will also pollute the water sources, harming the people in the area as well as in the areas where the water will flow to.

“I’ve not been personally affected. Nepal has not fracked yet but they are exploring fracking sometime soon. What I think about is the people who are going to be affected with lies about how it will help them economically but in a few years, it’s going to affect them in a negative way and devastate their incomes and livelihoods. The vitriol and contamination is not going to affect just them, but it’s going to affect other communities through the waterway as well.” – Activist Nepal