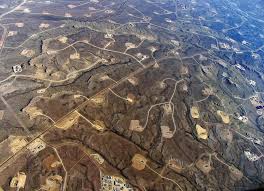 “The Okavango Delta covers over 36,000 square kilometres across Namibia, Botswana and it has been handed over to oil giant ReconAfrica for fracking. Fracking requires a lot of water which two desert countries do not have. That could lead to human and animal populations suffering due to water scarcity. Water population, habitat loss, environmental degradation and soil pollution. The Okavango Delta supports large concentrations of animals on a permenant and seasonal basis, many species that can be found in the Delta include African bull elephant, African buffalo, letchu, topi, blue wallabies. Giraffe, Nile crocodile, lion, cheetah, leopard, brown hyenas, spotted hyenas, kudu, antelope, black rhinoceros, plain zebra, chacma baboon, the endangered African wild dog who survives within the Okavango Delta. It is one of the richest packed densities in Africa with the variety and concentration of animals and birds. The Okavango Delta has a reputation as one of the top safari destinations in Africa.” – David Allgreen, activist

“My name is Ina – Maria Shikongo, I’m from Namibia. I am an orphan of war. It’s been 30 years since we know the definition of peace in this country and now ReconAfrica is taking us back into memory lane. My father was a commander. We were fighting for our rights as black people to have the same equal rights. Now today we are fighting ReconAfrica so they can leave our resources alone. Our water is so precious to our people and our wildlife. We have been experiencing droughts over and over and over again. And today, unfortunately, ReconAfrica is coming to take that away from us. What ReconAfrica is coming to do in Namibia is ecocide and genocide. Our San people they are foragers, their food will be taken away so ReconAfrica can reap profits, to what extent our lives matter, that we have put ourselves on the front line so we can continue fighting this injustice that is being perpetuated onto our people and to indigenous people all over the globe. What did we do to deserve this injustice? The fossil fuel industry is busy invading our homes if these practises go on, there won’t be a planet left.

Namibia – We are having our first horror stories of climate criminals. ReconAfrica got permission to do fracking (what they call conventional play) in The Delta. This project has been on the table since 2012 and some official from our Government proposed the Okavango Basin.. , t. It was finalized last year but thanks to covid it was delayed in June. Now they want to start operations in December. Something really bad is happening on our side

Namibia – “Namibia and Botswana is going to start auctioning off elephants and wildlife and the government is going to start giving stronger drugs. We live in the desert so now they are going to auction off animals because there is no water, then why are we fracking? The companies have more rights to our water than our animals. Is our government broke? They are auctioning animals off all over. I am getting goosebumps because I don’t know what’s going on. They are mass auctioning off our livestock. Mass ecocide and genocide. We have been trying to stop it, but our corrupt government has already received bribe money. We’re trying to reach communities on the ground, but they are miles away, similar to the distance between UK and Namibia. Because of Covid and short notice, it’s very difficult to get there. “

Namibia – “It’s very dirty and our government is very much involved. They are also mass auctioning off our livestock. They’ll get money from selling hunting  licenses and then from the auctions as well. Very extreme corrupt government is putting everyone at risk in Namibia. We are trying to stop the drilling which is going to be very difficult because the money has already been paid. They are a nightmare. Shell is facing the heat, but these guys need to too.” Ina-Maria Shikongo